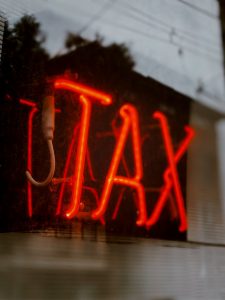 Don’t let this happen to you.

Here’s what happened to Mr. Kazmi. First, a little background.

At all times, Mr. Kazmi worked under the authority and direction of Dr. Senno, the sole owner of Urgent Care, an S corporation.

Urgent Care did not pay its payroll taxes. The IRS claimed that Mr. Kazmi was a responsible person—meaning that he was now on the hook for the unpaid taxes and the 100 percent trust fund penalty. Mr. Kazmi’s amount at risk: $10,375.

He took his case to court, where we pick up his story.

In this case, the record before the court included IRS Form 4180, “Report of Interview with Individual Relative to Trust Fund Recovery Penalty or Personal Liability for Excise Taxes.”

During that interview with the IRS revenue officer, Mr. Kazmi described his job title as “bookkeeper” and his duties as “to take care of payroll.” On the form, he indicated the following:

During the interview, he indicated that he was authorized to transmit payroll tax returns and make federal tax deposits. He was also aware that Urgent Care did not remit the employees’ withheld taxes.

So here we have the part-time, hourly paid bookkeeper who could not sign a check or authorize payments with $10,375 of payroll tax trouble—attributable entirely to Dr. Senno.

The IRS sent by certified mail IRS Letter 1153 to Mr. Kazmi. He signed the postal service form signifying he had received the letter.

Letter 1153 set forth that the IRS considered Mr. Kazmi a person responsible for the unpaid payroll tax and subject to the 100 percent trust fund penalty—the $10,375. Mr. Kazmi had 60 days to challenge by submitting a written appeal. He did not.

But you can see in this opinion that the court does not rule that Mr. Kazmi was a responsible person. Instead, the court ruled that the IRS did its job correctly and that Mr. Kazmi owes the money because he failed to respond to Letter 1153.

Key point. Had Mr. Kazmi responded to Letter 1153, the IRS likely would not have considered him a responsible person based on his facts and circumstances.

Do not work for or deal with taxpayers who do not remit the payroll taxes to the government. What happened to Mr. Kazmi could happen to you.

By all accounts, you know that Mr. Kazmi is a victim of Dr. Senno’s failure to pay the payroll taxes. He’s pretty much an innocent bystander—but despite his innocence, he is now out of pocket $10,375.

Think about this: How many part-time bookkeeping hours will it take for Mr. Kazmi to pay $10,375 to the IRS? And keep in mind that the $10,375 is not tax-deductible. 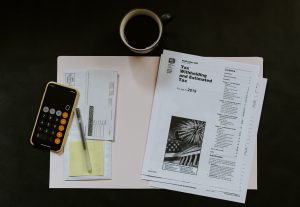 We all know the annual ritual: once January rolls around, you gather your tax documents to file your tax returns by the deadline.

Sometimes (or maybe all the time!) you need an extension. And maybe you don’t meet the extended deadline, and
now your return is late and unfiled.
Then the next tax season rolls around, and you still haven’t filed last year’s return—so you don’t want to do the
current one either, out of fear of the IRS or because you need last year’s data.
Now your problem is snowballing—and if you let fear grip you, it can continue for years . . . before the IRS decides to do you in. Don’t let this problem get ahead of you. Let us give you a road map for achieving peace of mind by getting right with the IRS.

If you have late, unfiled tax returns, you have an urgent problem that you should start to fix ASAP. The possible consequences include:

The IRS preparing and filing a return for you1—and almost always overstating the tax you owe by a lot!

The truth is that the IRS rarely criminally prosecutes people for not filing tax returns, but this can and does happen, especially in egregious cases and those of celebrities and public figures, such as Wesley Snipes.

The best way to avoid criminal prosecution is to come forward and voluntarily file any delinquent returns.

The IRS has a time-honored policy that, in general, it will not criminally prosecute for failure-to-file those taxpayers who
come forward and file their past-due tax returns

When you first start a business there are many questions you need to answer and make sure you get them correctly. One of those questions are, “Who is an employee?” If you get this question wrong it could cost you thousands in penalties, you never expected.

Generally, employees are defined either under common law or under statutes for certain situations. See the IRS Pub. 15-A for details on statutory employees and non-employees.

Employee status under common law. Generally, a worker who performs services for you is your employee if you have the right to control what will be done and how it will be done. This is so even when you give the employee freedom of action.

What matters is that you have the right to control the details of how the services are performed. If need more information on how to determine whether an individual providing services is an independent contractor or an employee, you can can read the complicated IRS publication or call our office for consultation.

Generally, people in business for themselves aren’t employees. For example, doctors, lawyers, veterinarians, and others in an independent trade in which they offer their services to the public are usually not employees.

However, if the business is incorporated, corporate officers who work in the business are employees of the corporation.
If an employer-employee relationship exists, it doesn’t matter what it is called.

The employee may be called an agent or independent contractor. It also doesn’t matter how payments are measured or paid, what they’re called, or if the employee works full or part time.

If you have questions on employees, please don’t hesitate to call me on my direct line at 909-570-1103 by email at Carlos@HealthcareTaxadvisor.com

Carlos Samaniego, EA
Enrolled Agent – NTPI Tax Fellow
Licensed by The Department of Treasury to represent taxpayers
Listen to my podcast on Anchor or your favorite podcast app – Click Here 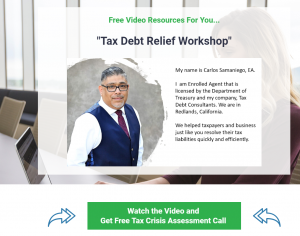